According to the Mail on Sunday today ( Note the by-line - David Rose - again!) -


Bombshell by Leveson's own adviser: His law to gag press is illegal as it breaches Human Rights Act (but she's banned from telling you what she advised inquiry)

This headline and the article beneath prompted a cacophony this morning of  'Told you so!' from the press and political commentators, and 'Traitor!' from those who believed a member of Lord Justice Leveson's panel would at least have seen his hymn sheet if not prepared  publicly to sing from it! 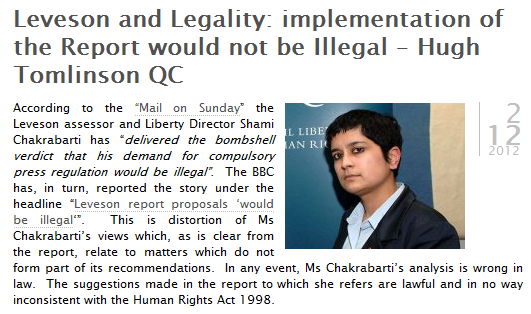 This is taken from an article in the Inforrm Blog , written by Hugh Tomlinson QC. He continues: 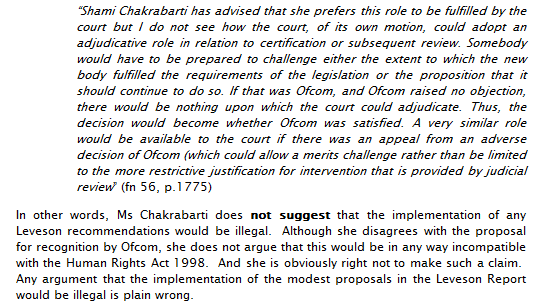 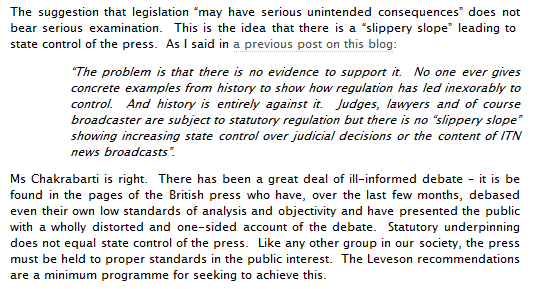 The article in the Mail on Sunday is remarkable not only for the disingenuous inaccuracy of Mr Rose' prose, but for the inclusion of some of the most cleverly chosen images I've seen for a long time.... have a look! A case of 'They're wrong - just see by their photos how wrong they are!'

Mr Dacre, do have a quick shufti at your foot - I think you may have shot yourself in it.

Liberty have just posted this article - explaining why the Mail on Sunday got Shami Chakrabarti's meaning so wrong...
Posted by Rosie Robertson at 14:53