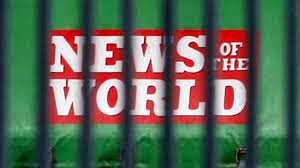 Latest post from Hacked Off blog:
Response to failure of PressBoF bid to block cross-party charter
Posted October 30th, 2013 by Hacked Off & filed under News.


In response to the failure of the latest attempt by PressBoF to block reform of press self-regulation, Hacked Off’s executive director Brian Cathcart said:

“The big newspaper companies like the Mail and the Murdoch press have been in denial ever since the Leveson inquiry report condemned the way they treated ordinary people and said they needed to change.
“The inquiry judge has told them this. Their own readers – the public – have told them. Their past victims have told them. Every single party in Parliament has told them. Now the courts have thrown out their latest manoeuvre.
“We have to ask: is there anyone at all that Rupert Murdoch and the other arrogant proprietors will listen to?
“The Royal Charter is good for journalism, good for freedom of speech, and – vitally – good for the public. What Mr Murdoch and his friends are clinging to is the right to lie, twist, bully and intrude, inflicting misery on innocent people. That has to stop.” 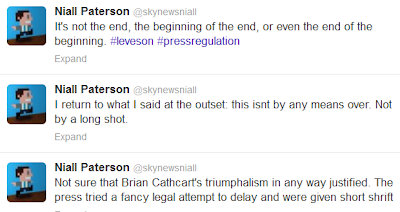 And from The Sun:

For excellent factual reporting on the Prosecution's opening statement, please follow the Twitter accounts of those listed above.

All 3 NotW editors revealed to have pleaded guilty at an earlier hearing to phone-hacking charges.

Posted by Rosie Robertson at 00:46