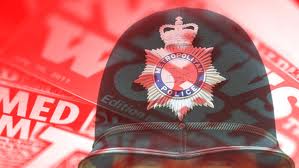 The co-ordinated arrests were made between approximately 0500 and 0700 this morning by officers from Operation Weeting, the MPS inquiry into the phone-hacking of voicemail boxes.

All six - five men and one woman - were arrested on suspicion of conspiracy to pervert the course of justice, contrary to the Criminal Law Act 1977.

A number of addresses connected to the arrests are being searched.

Details of the arrests are as follows:

A 49 year old man was arrested at his home address in Oxfordshire and is being interviewed at a Buckinghamshire Police Station.

A 43 year old woman was arrested at her home address in Oxfordshire and is being interviewed at an Oxfordshire police station.

A 39 year old man was arrested at his home address in Hampshire and is being interviewed at a South West London police station.

A 46 year old man was arrested at his home address in West London and is being interviewed at a central London police station.

A 38 year old man was arrested at his home address in Hertfordshire and is being interviewed at a central London police station.

A 48 year old man was arrested at a business address in East London and is being interviewed at an East London police station.


10.00 Lord Justice Leveson will not release Operation Motorman material to respect the privacy of those Steve Whittamore targetted. Three participants in the inquiry complained they would only take part on grounds their anonymity was respected. The inquiry is not interested in "who did what to whom" but wider issues of conduct. It is unfair to innocent reporters who did not break the law but are included in the documents, Leveson notes. The files were requested by David Sherborne QC, counsel to the victims.


Harriet Harman, the shadow culture secretary and Labour's deputy leader, has put out a statement following the arrest of Rebekah and Charlie Brooks. She is calling on the Leveson inquiry to "investigate the full extent of the relations between the prime minister and senior News International executives at the time when hacking was rife". Here's the statement in full.


It is important that the police are continuing to pursue the investigation into phone hacking.
Rebekah and Charlie Brooks are, on the prime minister's own account, close friends of his.
The Leveson Inquiry – when looking into the relations between the press and politicians – will need to investigate the full extent of the relations between the prime minister and senior News International executives at the time when hacking was rife and at the time his government was considering News Corp's bid for BSkyB.

Sarah is the Senior Information Officer on the Specialist Operations Press Desk at the Metropolitan Police Service. She leads a team which has responsibility for all counter-terrorism, security and protection issues, with particular emphasis on promoting the work of the Metropolitan Police Service in combating the threat from terrorism. Sara has extensive experience in crisis management as well as law enforcement and multi-agency liaison on CT communication issues throughout the UK and overseas. 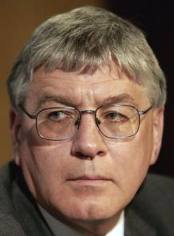