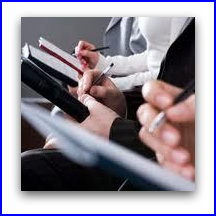 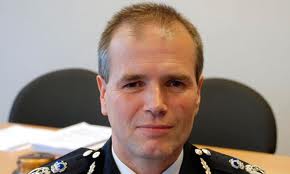 Details of major investigation which CC House was warned by Lord Justice Leveson not to speak about this morning: HERE

@nataliepeck :
House: "Did the rounds" of editors when first appointed to outline fact I did want different relationship with press.
House: Meet with new editors over coffee. Useful time for me to check what they think of our media set up.
House: Remember five occasions where I’ve accepted or given hospitality to the media.
House on gifts: It's a personal judgment with each one of these.
House: I don’t meet individual media for stories without someone from the media department present recording it.
House: Unlike with national press, community policing teams speak directly to local media.
Back at #Leveson with Chief Constable House. Says Strathclyde has had 45 investigations into leaks in the last five years.
House: Most of the suspected leaks relate to celebrities.
House: I have no doubt that there are specific individuals in my organisation who are in receipt of money from various people.
House: I don't think it's unreasonabe to look at in some way recording press/police contact.
House: I don't believe that there is a really solid level of distrust within senior police officers with the media and vice versa.

@IndexLeveson :
House says he will meet new editors over coffee just to say hello and get their views on force's media setup
House: ppl in organisation understand it's a professional r'ship, doing for public good, not a dirty thing that needs to be hidden
House: contact with the media is part of the job but must be for public good, not private good
House: I've reviewed gifts I've accepted and ones I've rejected/sent to charity, there has been an element of judgment in there
House: it is part of our role to speak in public about serious issues if we think there's something to be gained in public good
House: don't recognise O'Neill's fear (that officer speaking 2 press wld feel victimised if all meetings w/ press are recorded)
House: we actively recruit into our media department from journalists, we need ppl who understand what journos are looking for

@nataliepeck :
House has finished. The next witness is Rob Shorthouse, director of communications at Strathclyde Police. Shorthouse: Corporate comms department has 25 members of staff, 7 in the media team.
Shorthouse: We do try to log every contact we have, be it on the record or off.
Shorthouse: Our staff are dedicated to making sure that there's a quick turnaround and people get the information they need.
Shorthouse: There's absolutely nothing to suggest at all that we have an issues with leaks coming from the media office.

@IndexLeveson
Shorthouse: change in nature of media at the moment is absolutely huge
Shorthouse: people in Scotland are obsessed by crime but not by politics of who's who in Strathclyde police
Shorthouse: we trust one another and understand the roles we've got to play 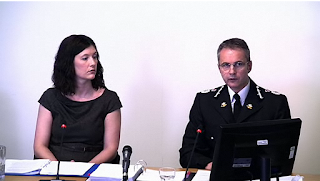 @nataliepeck :
Llewellyn: 20 members of staff in department, made up of main press office and five regional press offices.
Vaughan: Misquoted by Jane's Police Review, was then picked up by national media. Said I was too afraid to go shopping, not true.
Vaughan: Recalibrated way we dealt with the press after the Bridgend suicides.
Vaughan: There was an invite from BBC and from Media Wales to attend same event which I rejected.
Llewellyn: Never withhold information from the media if they ask us for something.
Llewellyn: Often journalists will be trying to deal with very busy police officer, and a press officer may speed up information.
Llewellyn: Very rare for us to say "no comment" unless very sound reasons for it.
Vaughan: Interviews we conduct tend to be on policy, serious and major incidents. Important for media officer to record what said.
Vaughan: In the business of recording contact, so I don’t see it as overly onerous to record contact with press.
South Wales Police has investigated three suspected leaks in five years.
One investigation is ongoing. In other cases the information was found to come from open court proceedings.
Vaughan: Leaks can be result of misplaced loyalty. Member of staff provided info to a private detective, was a previous colleague.
Vaughan: Not in the business of glossing over. Might be uncomfortable but do accept will be articles that bruise organisation.
Vaughan: Wish we hadn't engaged with some programmes, like Traffic Cops. Some behaviour reflected isn't what we'd want.
Llewellyn: I'd like to see more bespoke training for police comms staff.

@IndexLeveson :
Vaughan says the force has always been one of openness and transparency
Vaughan: am a firm believer that you have to live and breathe standards you expect others to follow
Vaughan says he doesn't dine socially with editors or journalists.
Vaughan: media are an important part of the business I am in in
Vaughan says within South Wales Police officers are in habit of recording contact with press
#Leveson asks if they are spending more time in investigations devising media strategy. Vaughan says no
Llewellyn: significant focus on values and standards in our training for officers re. how to deal with media 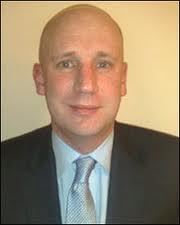 @nataliepeck :
Shorthouse has finished. The next witness is Jonathan Russell of The Herald (Scotland), who gave evidence during mod 1 in January.
Russell: Herald has a generally healthy relationship with Strathclyde Police.
Russell: Herald relationship is a good template for how a force and a newspaper interact. Professional and mutually beneficial. 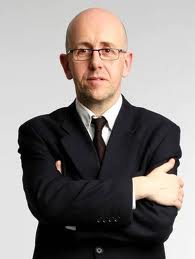 @IndexLeveson :
O'Neill is crime editor of the Times. Says 50% of his work is to do with process of policing (politics and personnel)
O'Neill: tension between police & media waxes & wanes, but over certain issues info is closed/withheld
O'Neill says he has found the Met to be protective of image/reputation over certain issues
O'Neill: I've always regarded Sara Cheesley as one of the more tight-lipped officers in the Met, but entirely professional

[Cheesley is Met's senior information officer, gave evidence at #Leveson on 13 March]
O'Neill: in this job at all times you're walking tightrope - is info in public interest, do you write about it?
O'Neill: Informal/off-record briefings been kept confidential usually bc contact passing on info nt supposed 2 disclose 2 journo
O'Neill says he fears the ability to build up trust with someone will be inhibited if you can't go for coffee with them
O'Neill: you're in this game not just for five minutes, you need to talk to people for years and years
O'Neill says he recalls 2 lunches with Dick Fedorcio over 5 years
O'Neill: I feel more comfortable having a quiet booth in restaurant to talk about paedophilia or a mad terrorist than in Starbucks
O'Neill says he is aiming to build relationship of trust
O'Neill says since Hogan-Howe became Met commissioner there is a difference in press-police relationship
O'Neill says this is a fairly constant picture, often get bare minimum
O'Neill: in my dealings w/ officers, boundaries have been fairly clear; they don't transgress into operations.
O'Neill: in current climate, if you arranged to meet an officer you'd be looking over your shoulder the whole time
O'Neill compares a passage of Filkin report to East German Ministry of Information manual
O'Neill witness statement: Filkin report "patronising and ultimately dangerous for future accountability of the police"
O'Neill: a characteristic of reporting the Met in recent years is that it's become almost a branch of Westminster/Whitehall
O'Neill: if we are to find a balance we need wider, more open channels of communication
O'Neill: I think now is a time when we need far more info, openness and scrutiny around policing.

@nataliepeck :
O'Neill: Over certain issues I have always found the Met to be closed.
O'Neill: Sara Cheesley is very careful about what she says to the likes of me. Very professional and quite guarded.
O'Neill: Fairly frequent dealings with Hayman and Yates. Two dinners with each of them.
O'Neill state: Journalists writing on specialist subjects have to be wary of being taken captive by those they are writing about.
O'Neill state: I found [the Filkin report] patronising and ultimately dangerous for future accountability of the police.
O'Neill: Ability to build a trustworthy relationship with someone seriously inhibited if can’t have coffee, pint or meal with them.
O'Neill says there was no ulterior purpose; Fedorcio had been there a long time and knew Met well
O'Neill statement: I do not think it is a healthy situation for reporters to accept hospitality from organisations they write about
O'Neill: DPA "less than frank" and quite often give a partial picture.
O'Neill: There is clear evidence of misjudgments by very senior people, seems to have been favouritism to one particular title.
O'Neill: Last time I met an officer was far away from Scotland Yard because he was so nervous about being seen with me.
O'Neill: Hiring of Andy Hayman was my choice. He was actually second choice to Peter Clarke.
O'Neill: Wish I'd let the Daily Telegraph sign Hayman up. It would have been better for him, and for us.
O'Neill: To me the CRA is a loose affiliation of rivals who would happily cut each other's throats to get a story first.

@gavindrake :
O'Neill's aside on having lunches with sources in discreet surroundings: "I do the same with lawyers" - leaves #Leveson speechless!

Times crime ed O'Neill at #leveson : Met press dept the DPA less than frank, quite often give a partial picture or the bare minimum
Times crime ed at #leveson fears ofcrs who speak to press will be victimised if all meetings with press recorded; Met can be "viper's nest"
Times crime ed O'Neill : fond Filkin report quite patronising , implies crime corrs are bunch of women in short skirts flirting
Times' O'Neill : Hayman was 2nd choice as Times commentator , approached Peter Clarke first
O'Neill : Crime Reps Assoc is "loose affiliation of rivals who would happily cut each others throats to get to a story first"

Posted by Rosie Robertson at 00:16