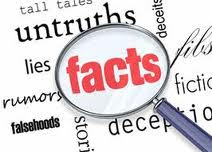 Witnesses Appearing in this third week of Module 2 (The relationships between the press and the Police and the extent to which that has operated in the public interest.) will be:


Interview of Dick Fedorcio (approx. 13.30 into video) by the Home Affairs Committee taking evidence on Unauthorised Tapping Into or Hacking of Mobile Communications.


UPDATED WITNESS LIST:
Added: - Alastair Brett ( Formerly of the Times )
Peter Tickner ( Formerly of the MPS and the MPA )
Links to articles, information and comment relevant to the Leveson Inquiry:
Saturday. March 10th:

Posted by Rosie Robertson at 11:54